With Children’s Mental Health Week underway, two schools in Cambridgeshire are doing their bit to raise awareness and provide support for children who need it.

Both Chesterton and Isle of Ely primary schools, located in Cambridge and Ely respectively, employ the services of children’s charity, Place2Be.

The charity offers children the opportunity to come and discuss anything and everything in ‘Place2Talk’ sessions, in addition to more tailored play therapy for children that have been identified by the school, Place2Be or their family as needing additional support.

“We just felt it was something that all children should have the opportunity to have; to be heard and to be listened and to be safe and secure,” said Bryony Surtees, Executive Headteacher of both Chesterton and Isle of Ely.

“Mental health impacts on everything and early intervention is vital.

“If we get the mental health of really young children right then they will be less likely to experience issues later on in life.”

Mary Firth is Place2Be’s project manager working across both schools, and Mrs Surtees was full of praise for the work of Firth and her team.

“The children really love it. They are much more settled and much happier knowing they have someone to talk to.

“They know they can always talk to teachers but it makes a difference having someone different such as Mary available.”

Place2Be are currently working in 240 schools across the country, and Firth further emphasised the importance of the work that they are doing.

“It’s about giving the children an arena to find a voice,” she said.

“Children can have a lot going on in their lives so it’s really important that they have someone to talk to outside of the people they make regular contact with.”

The partnership began last September and Mrs Surtees is keen for the relationship to continue.

“I’m a huge fan and advocate of Place2Be and it’s very much a long term partnership,” said the Head. 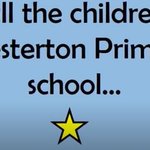 Message for all the Children of Chesterton Primary 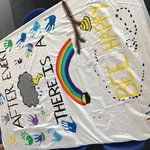 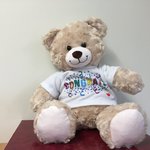